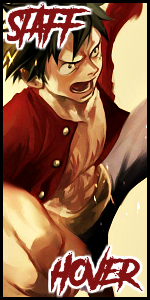 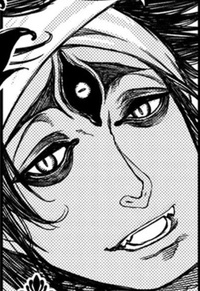 OOC: Sorry, but I can't finish this topic. So you can regard my last post as an exit. It isn't you. My overall drive to complete the voyage has been well cut. Again, I apologize for not being able to finish this with you. 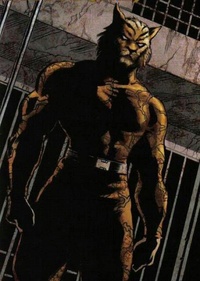 Posts : 119
Join date : 2018-06-06
Albeit his stunt had opened a way for his comrades to lead the offensive, Renero was quite aware of how isolated he was from his squad and hopelessly outnumbered. As the vague shadows around him took clearer form into four distinct shapes, he knew that they could see his form too; his size wasn’t going to offer any stealth, even in the dirt cloud, the fallout of the felled tree. He kicked up a wad of mud towards the creeping foe in front of him, prompting an array of blind shots as the figure in front of him lost form with a thump. Without missing a beat, Renero sparing into all fours, overrunning over the downed figure and into the rest of his foes, now clear as day.

Four disheveled dirty men, dressed in rags, all huddled together. Armed with Ramshackle rifles with a roped-on knife serving as a bayonet.

Their rifles still chambering the next round, Renero had just enough time to slam his forearm into the thigh of the next rifleman. Grasping him as he fell, Renero rose from his crouched state, using him as a body shield. Yet it seemed this scum’s compatriots had little liking for him, as lead flew into him despite the man’s sequels. Pushing the now dead man, he flung him forward, as Renero leapt to the side, impaling him on the bayonet of his previous ally. Before the bewildered rifleman had fully turned towards the Minkman, he found himself shot, the clawed index of Renero sticking into his chest.

Posts : 119
Join date : 2018-06-06
It was a singlur strike, precise and quick; yet the clawed finger burrowed deep and the puncture gashed blood with the finger’s withdrawal. A deadly blow, but Renero saw no use of a slow death in the heat of combat. An expression of fearful awe, as if only after Renero struck him once more did the man realize the magnitude of the situation. A towering beast, ripping into him. Death had claimed him before fear had.

While one rifleman desperately tried to break his rifle free from the skewered corpse, the other charged towards Renero, yet he too found himself staggered by the sight of the situation. A full grown man struck down by the strikes of a single finger, from an animal that walked on two legs. Whatever convictions he might have had, spirit to fight, bloodlust or promise of payment, had faded away as he hightailed it, the only objective left in his mind is that of getting as far away as possible from him. Rather get shot as a coward then slowly bled.

Renero had only a moment to spare before the foe in front would be engaging him. A quick swivel of his head to prevent any foe to sneak up on him and get insight his surroundings, now that he had managed to get out of the haze;, Figures clad in white and blue, his comrades, seemed to have finally made their way through and the battle was in full swing, with both sides clashing with fire and steel.